FREE SHIPPING ALL ORDERS OVER $35 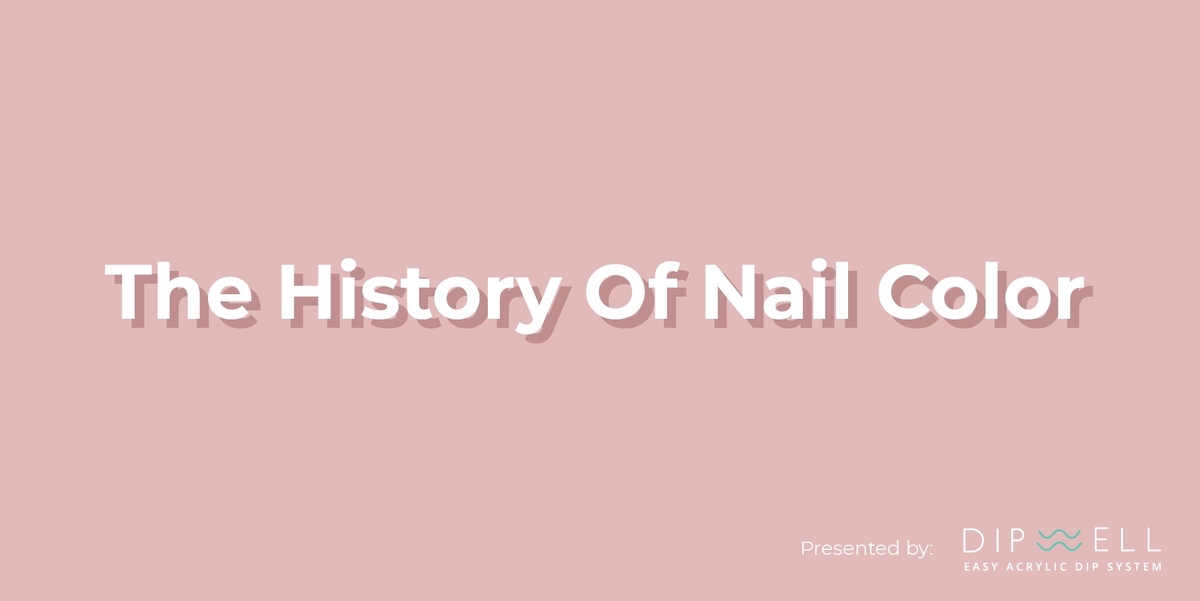 Had you told the people of ancient India, "In the future, you can make your nail color glow in the dark," your prophecy would most likely be met with derision and disbelief. After all, the henna plant was the superior source of nail dye back in the day. We've come a looong way since then. Through the ages, all genders have found ways to express their creativity with nail color. And today we'll journey through the fascinating history of nail polish—from ancient Neolithic dyes to modern dip powders.

5,000 BC: Nail dyes are born in India, eventually spreading the trend throughout Asia

Many point to India as the birthplace of OG nail color aficionados. Thanks to the women who beautified themselves using the body art called mehndi (aka henna). They used dye on their hair, skin, and, yup, even fingernails. History is full of possibility, and we want to note that some theories suggest mehndi could have originated in North Africa or the Middle East.

3,200 BC: Babylonian warriors start using black kohl (or green) to color their nails as an indicator of status

The nail game of Bronze Age warrior men was pretty strong. They even colored their lips to match their fingernails! Before going off to battle, it's said that they painted their nails black and green to exude "You must fear me!" vibes. Aside from this intimidation tactic, they also used nail color to identify the who's who in their army. It's black for the upper class and green for the lower class.

3,000 BC: Chinese royalty tint their nails bright red and accent their manis with gold, silver, and cloisonné faux nails

You'd also know the class ranking of ancient Chinese just by looking at their nails. Normally, if you wore the color red—a base mixture of Arabic gum, beeswax, egg white, and gelatin, plus flower petals to provide the tint—then you're royalty. If you're not, you can't wear red to begin with unless you want to be penalized by death. Harsh, but these were the times when non-royals could only wear nude colors.

This love affair with the color red extends to ancient Egypt. The bolder, the better for both men and women because it signified how powerful they are. Nefertiti and Cleopatra favor this color, too. The difference? Nefertiti dyed her entire hand with henna while Cleopatra only dipped her fingernails. Nefertiti prefers ruby red; Cleopatra likes blood red. We bet these two would have loved Ruby Woo—Mac’s award-winning red lipstick.

Using sticks and natural dyes, they decorated their fingernails with nail art and used them as war totems. Their go-to nail design features symbols and motifs relevant to their culture: A white base coat which symbolizes "purity towards the Gods", topped with red-colored eagles to symbolize "strength in times of war". Now, that's one well-thought-out nail art!

Armed with her mani education from France, Mary went on to introduce nail manicure in the US by opening Mrs. Cobb’s Manicure Parlors. A basic mani would set you back $1.25. (Oh so cheap!) If you wanted some nail color, Mary also created nail products such as Zantic (for stains), Bran-u Nail Powder (for colour), and Cosmetic Cherri-Lip (for tint).

Back in 1911, Northam Warren struck gold with his side hustle—a cuticle remover called Cutex. He has since offered more nail products, including the first nail polish, which is actually a clear nail lacquer. His company introduced it in 1916 and referred to it as a Nail Enamel or Nail Polish. They later added rose-tinted liquid nail polish to their collection and created more colors in the years to come.

It all started when Michelle, a French makeup artist, thought to herself, "Hmmm...I wonder if I can invent a nail enamel that mimics the look of shiny cars." (Not an actual quote.) The company she worked for helped her perfect the formula, and voilà! The first modern nail polish was born. Her employer, The Charles Revson Company, has since changed its name to... Revlon.

1957: Acrylic nails are invented by a dentist. He uses dental acrylic to repair a broken nail and realizes he's onto something big.

As with some inventions (like Popsicles and Silly Putty), acrylics came to life by accident. Fred Slack, the dentist, cut his thumb nail and experimented with different chemicals and materials to create an artificial nail—an accidental invention that eventually led to the patent of the first Nail Form. FYI: It was another doctor who invented the professional liquid and powder system that is still used today.

1975: French manicures are credited to the founder of Orly... but some say they were around since the '30s. Either way, French manis are still popular today!

If Fred Slack invented acrylics as a repair mechanism, Jeff Pink, on the other hand, invented the classic white tip and nude nail look as a timesaving tool. It's meant to help screen actresses make speedy wardrobe changes. Mr. Pink founded his own nail care brand called Orly International in 1975 and trademarked the term The Original French Manicure in 1978.

1980s: Gel nails (and even dip nails!) come onto the scene, but don't gain wide popularity until the late 90s

Yep, gel nails—as well as fiberglass wraps and liquid-and-powder acrylic systems—are products of the 80s. Initially, however, the gel application know-how is limited. They also had to improve gel formulas to work well with gel lights before the resurgence of interest in the 90s. Now of course, gel manis are widely popular and safe for your nails.

1990s: Dark nail polish becomes a popular form of self-expression for more than just women as grunge culture takes off

If we are to define the grunge age using a nail color, we'd say Chanel's Rouge Noir—a nail polish that's another happy accident, thanks to the panic mixing of black and red pigments by Chanel's makeup peeps. This iconic nail polish and other dark, moody nail colors worn by both men and women perfectly depicted the vampy look and feel of the Smells Like Teen Spirit era.

While the inspired 1932 was all about shiny nail polish, the defiant 2009 was like, "Make me matte!" The biggest nail polish brands came out with their own matte collections that include matte nail polishes and matte top coats. Soon enough, matte nails turned into a fall staple that year alongside the half-moon manicure nail trend and other nail art featuring studs and stones.

Beauty vlogger Christine Rotenbertg was challenged by her YouTube subscribers to use all her nail polish at once. 12 hours and 116 layers of nail polish later, the #PolishMountain video racked up millions of views and ignited a 100+ coats of nail polish challenge across the web. Christine came out with her second challenge a month later: Return to Polish Mountain: The Clear Adventure.

Our founders here at DipWell had been in the nail business for almost 30 years when they launched their line of dipping products. Their mission was to give you a better alternative to traditional acrylic systems. And after 3 colorful years, our DipWell family has grown to 173k dippers. We've even been featured in Cosmopolitan, Elle, Marie Claire, the New York Post, and O, The Oprah Magazine!

If there's one good thing that came out of the 2020 lockdowns, it's social media savvy people showing off their delightful creativity either through their TikTok videos or Zoom parties. In 2021, DIY nail trends are expected to remain popular even when the pandemic restrictions ease up, and we'll continue to add new colors in DipWell's dip powder collection, so you can keep improving your nail skills at home.

We hope you enjoyed this journey through the colorful history of painting nails.

If you haven't already done so, join the DipWell's Dipper Club or connect with other DIY nail artists on Instagram via @dipwellnails or our official hashtag #DoYouDipWell. See you there! 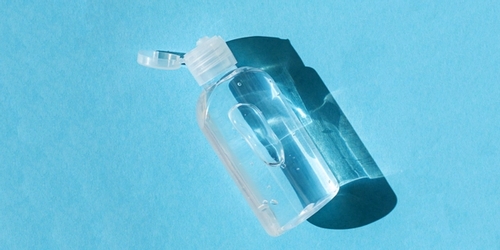 How To Keep Your Hands Healthy When Using Hand Sanitizer Constantly

Too much hand sanitizing may leave you with dry hands. Here are ways to keep them chic and not chapped.... 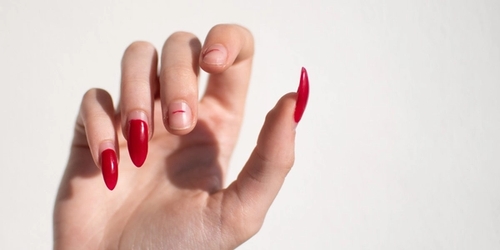 How To Fix A Torn Nail (Or Lengthen Your Nails!) With Household Supplies

What do you do in case of a nail emergency? Just reach inside your cupboard for household supplies you can use for these DIY nail... 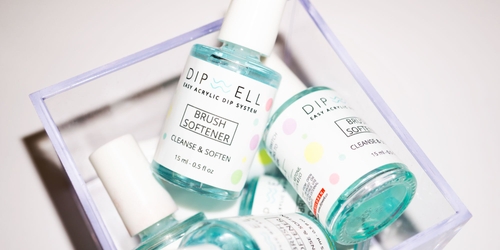 5 Things To Know About Brush Softener

That moment when your dip manicure goes from perfect to “oops!” because your clear coat brushes are stained with gloopy pigment.... Ugh we all know...